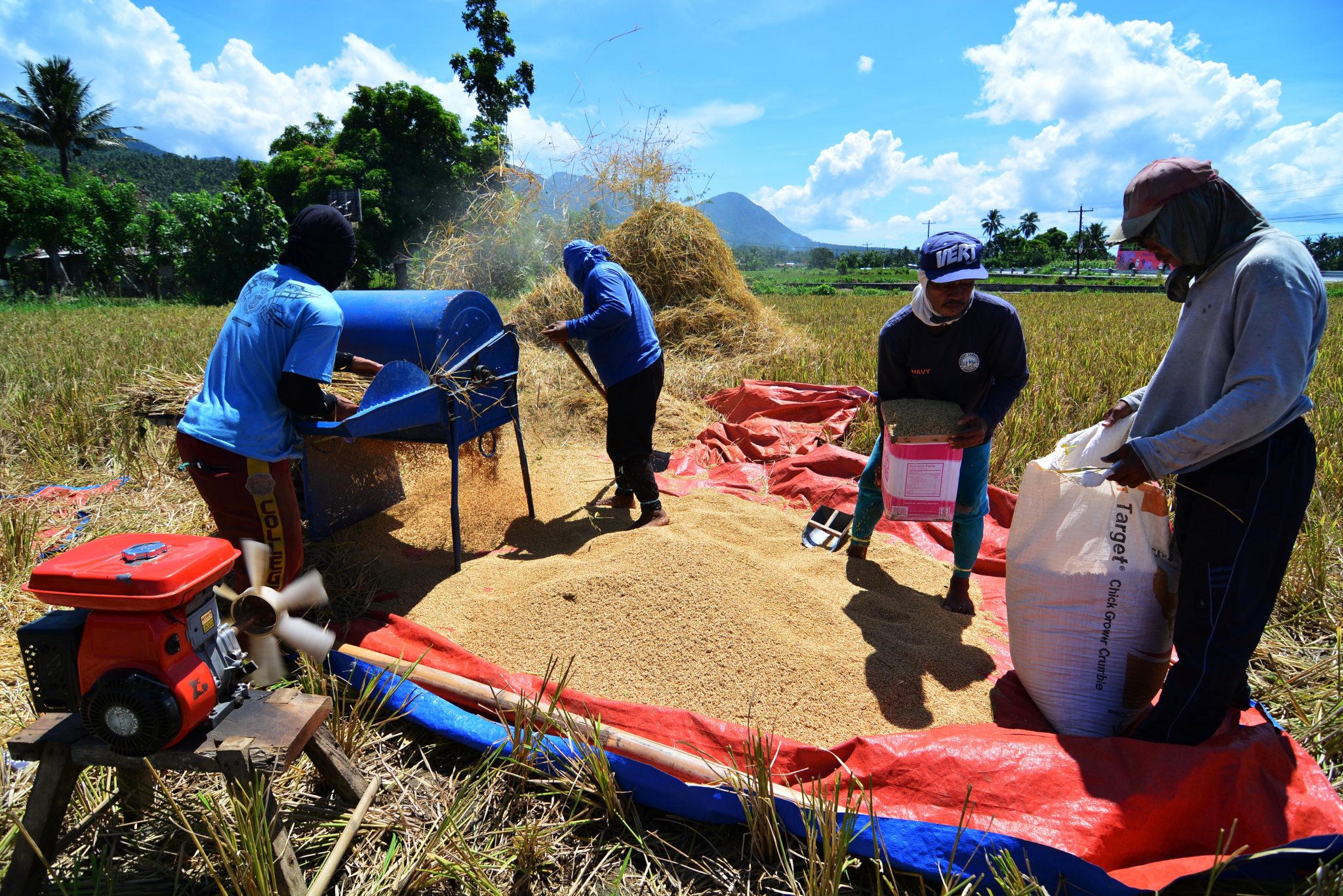 “Coupled with this, we also aim to stabilize the farmgate prices of palay and retail price of rice to benefit millions of farmers and consumers alike,” the DA chief added.

“With tightening global food supply due to the Covid-19 pandemic, we will strongly implement interventions to attain a higher rice adequacy level from last year’s 90 percent to about 95 percent this year,” Secretary Dar said.

Last year, the Philippine Statistics Authority (PSA) projected that the country’s palay production would total 19.44 MMT, comprising of the actual harvest of 11.9 MMT, from January to September 2020, and a projected yield of 7.54 MMT in the fourth quarter, based on standing crop on November 1, 2020.

Secretary Dar attributes the feat to the timely and sustained interventions under the Duterte administration’s Plant, Plant, Plant program — particularly provision of free certified inbred seeds under the RCEF, and hybrid seeds and fertilizers under the RRP and NRP— as well as the strong support of governors of top rice-producing provinces, and of farmers’ groups and federations.

In particular, the 2020 record palay harvest was due to the increase in average yield (59% of growth), to 4.11 MT from 4.04 MT per hectare (ha) in 2019, and expansion of area planted and harvested in rainfed areas by 80,000 ha (41%) from 4.65 million ha in 2019, according to Deputy Director Flordeliza Bordey of the DA’s Philippine Rice Research Institute (PhilRice) in a report to Secretary Dar.

She said that the average yield in both irrigated and rainfed ecosystems improved in both dry and wet cropping seasons.

In the same season, the DA under the NRP also distributed more than 76,000 bags of hybrid seeds to thousands of farmers who planted 76,000 ha.

The country’s rice farmers continued to benefit during the wet season (WS), as the Duterte administration poured more resources with the enactment of the Bayanihan Act I and II, Bordey said.

A total of 867,000 farmers, received free 2.29 million bags of certified inbred seeds under RCEF during the 2020 wet season, covering over 1 million ha.

In addition, the DA distributed 758,000 bags of inbred and hybrid rice seeds under the NRP, and RRP expanded hybrid and inbred projects.

“The timely distribution of seeds early in the 2020 WS was able to optimize the availability of rainfall and irrigation water, which encouraged farmers to plant early,” Bordey said.

“Because of this, there were more areas harvested on the 2020 third quarter compared to 2019. There could have been bigger typhoon damages if these were harvested in the fourth quarter of 2020,” she added.

In fact, the country could have produced more, were it not for the several typhoons, pest infestation, drought, and flashflood in 2020 that damaged more than 400,000 MT, Secretary Dar said.

Through its RRP expanded hybrid and inbred, and enhanced RCEF projects, the DA delivered 2.65 million bags of urea fertilizers, good for nearly 820,000 ha, benefiting close to one million farmers.

This year, the DA will also focus on providing farmers’ cooperatives and associations (FCAs) with more drying equipment and facilities to increase palay quality and farmgate prices.

The extension services provided under RCEF and NRP, which include farmers’ training and provision of IEC materials, also helped improve the skills of farmers and optimize the use of production inputs that they received, Bordey said.

Provision of credit services also helped farmers source other farm inputs, especially during the pandemic when their cash resources were limited.

“In all, the above interventions will be further enhanced to attain our committed targets, thus setting the stage for a brighter rice supply and demand outlook for 2021,” concluded Secretary Dar. ### (DA StratComms)