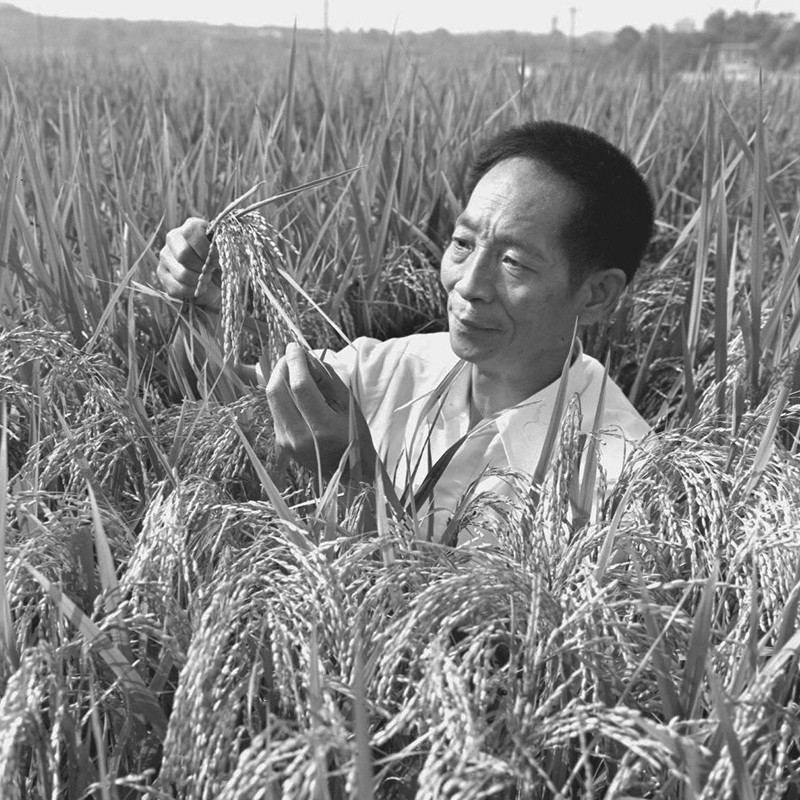 Chinese children recite a Tang dynasty poem that credits the farmer’s sweat and toil for the rice on their plates. They should also acknowledge crop scientist Yuan Longping, the ‘father of hybrid rice’, the higher-yielding crop that feeds billions. He died on 22 May, aged 90.

As a key player in the Green Revolution, Yuan became one of China’s most famous scientists, rising to direct the China National Hybrid Rice Research and Development Center in Changsha. When the Olympics came to China in 2008, he carried the torch.

Asked about the secret to his success, he listed four factors: knowledge, hard work, intuition and opportunity, quoting Louis Pasteur’s saying that “chance favours the prepared mind”. His life reflected the fortuitous conjunction of all four factors against the backdrop of a turbulent century.

Yuan Longping was born on 7 September 1930 in Beiping, as Beijing was called at the time. On the eve of the Communist Party of China’s victory in 1949, he entered a college on the outskirts of Chongqing in Sichuan province, which later became Southwest University, to study agriculture and crop genetics.

In the 1950s, China looked to the Soviet Union for guidance in science and technology. Many Chinese biologists adopted the erroneous ideas of Soviet agronomist Trofim Lysenko. One of Yuan’s teachers at the college, Guan Xianghuan, continued to follow Gregor Mendel and US evolutionary biologist Thomas Hunt Morgan’s theory of heredity and genetics. Because of this, Guan was labelled an enemy of the Communist Party in 1957 and took his own life in the early years of the Cultural Revolution in the 1960s. One of Yuan’s later mentors, the geneticist Bao Wenkui, who did his PhD at the California Institute of Technology in Pasadena, was similarly persecuted and imprisoned for long periods.

On graduating in 1953, Yuan was assigned to teach agronomy at Anjiang Agricultural School in Hunan province, a place so small that he struggled to find it on a map. During the Great Leap Forward (1958–60) and the resulting famine, Yuan lived in the Hunan countryside. Nationwide, tens of millions died; some ate tree bark and grass. Yuan saw the bodies of those who had starved to death in the road. The memory of hunger never left him.

From 1960, Yuan focused on rice, China’s most important staple crop, working in the fields around his school. In the West, research into the hybridization of wheat and maize (corn) led to the breakthroughs of the Green Revolution. The first generation of hybrid plants is typically more vigorous and productive than either parent, a phenomenon known as heterosis. As a self-pollinating crop, however, rice presented a unique challenge.

In the summer of 1961, Yuan discovered a stalk of hybrid rice in the wild. In 1964, he and a student spent the summer scouring miles of fields for naturally occurring male-sterile plants. In an article in the April 1966 issue of the premier science journal, Chinese Science Bulletin, Yuan reported his discovery of male-sterile rice plants. It might have saved his life.

With the start of the Cultural Revolution in 1966, the country descended into political chaos. Posters denouncing Yuan as a counter-revolutionary went up around campus, and a spot was reserved for him in the ‘cowshed’, or prison for intellectuals. School officials were stumped when a letter arrived from provincial and national leaders who had seen Yuan’s article, expressing support for his promising research. The dreaded counter-revolutionary designation went to another teacher, and Yuan was allowed to continue working.

Scientists of Yuan’s generation were asked to make enormous sacrifices for their country. In his 2010 memoir, he recalled how one year he spent just a day with his family. Particularly in the 1970s, Yuan spent much of his time on Hainan Island off the southern Chinese coast, where he and his team hunted for the wild strains needed to produce hybrid seed.

The scientific ethos of the Mao era emphasized teamwork and learning from peasants. Yuan mentored numerous students on the importance of fieldwork. Many of these went on to make their own contributions to agricultural science. Until the late 1970s, aside from his 1966 article, Yuan’s name did not appear on the hybrid rice research he supervised.

Yuan’s success inspired hybrid rice production in India, Vietnam and the Philippines. When Japanese geneticist Hiroshi Ikehashi identified a gene that promotes fertility in hybrids in the mid-1980s, Yuan was able to cross diverse plant strains. As a result, rice yields continued to rise when those of hybrid maize and wheat had plateaued. In 1999, it was estimated that the production increases brought about by hybrid rice fed an additional 100 million Chinese people each year (D. Normile Science 283, 313; 1999).

Elected an international member of the US National Academy of Science in 2006, Yuan never made it into the Chinese Academy of Sciences despite being nominated three times. He regularly expressed disinterest in politics: unusually for someone of his prominence, he never joined the Communist Party.

Yuan saw agriculture as his vocation and continued visiting the Hainan research station until he had a fall in March. The only concession he made to old age was driving to the fields, instead of walking or bicycling as earlier in life. To the last, he expressed optimism in the endless possibilities of science and technology, and that the next yield increase, with the potential to contribute to world food security and peace, is within reach.